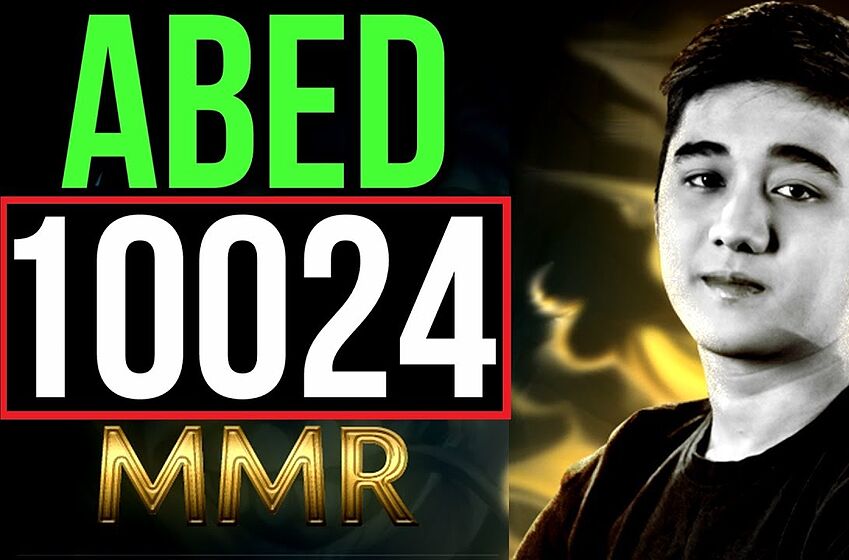 In Dota 2 (and most other online games with ranking systems) there’s a metric called mmr, which stands for matchmaking rating. Many games hide the statistic, but Dota makes it common knowledge as a measure of the competition that each player is eligible to match up with while practicing. This isn’t the sort of metric that everyone takes seriously because, after all, practice is totally separate from competitive play. Nonetheless, Abed was the first Dota 2 player to reach 10k mmr. There’s a been some controversy surrounding the feat.

Did Abed abuse the system to reach 10k mmr?

Many Dota 2 fans are skeptical concerning the 10k mmr record that Abed set at the end of June 2017. Many readers of r/dota2 say he’s been boosted up the ranks by his Digital Chaos teammates. Others criticize him for failing to carry Digital Chaos at the ZOTAC Cup Masters where DC tied for 5-6th Place out of eight teams present. As a mid laners, he’s often going to catch criticism for his team’s losses. That’s just the way it goes, but I say give the boy a break.

Abed is a very hardworking player. He’s 16 years old and turns 17 the day TI7 begins. Most important of all, he remained fully committed to his craft long enough to reach mmr territory that his competitors dream of. Happy birthday to DC’s mid laner, and good luck at TI7.

Thanks for reading about Abed’s recent successes. Share what you think about Abed getting boosted and his chances of carrying Digital Chaos throughout TI7 on Twitter. And remember, #LetsTalkDota has daily topics to tweet about.